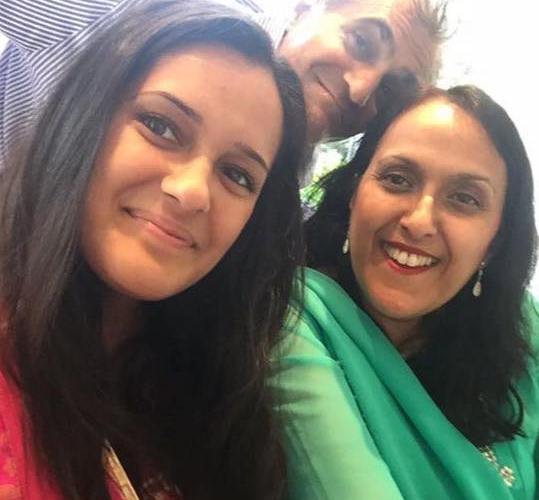 To all my Muslim friends and family around the world, Eid Mubarak! (A day late, I apologise, as I spent the entire day with family)

This year, Eid was particularly special for me; for one, my entire family spent it together for the first time in years, due to different mosques in different boroughs choosing to celebrate Eid a day after it’s announced by Saudi. I am still yet to understand why. Thus, this year, it was fantastic to spend the entire day with loved ones and not spread it over two days.

Secondly, this year more so than previously, I am reminded of how special family is, and how fortunate I am to be able to spend this year celebrating with them. I am constantly in awe of how exceptionally wonderful my parents are –  I truly feel so blessed to be surrounded by such love. I’m happiest when I’m with them. The events of Baghdad hang heavy in the air for many Muslims celebrating Eid around the world, and I can’t help but feel slightly guilty for enjoying it as much as I did today, knowing there are families around the world who’ve lost so much, so many at the hands of terror. Today allowed me to appreciate that life is unpredictable, and we ought to cherish our time on this earth with the people we love, who help us strive to be better versions of ourselves.

The war on Islam is ongoing, with ISIS claiming more Muslim lives than any other. During this holy month of Ramadan, we witnessed a terror attack on such a great scale, no comparison can be made with relation to lives lost. It’s believed to be one of the deadliest attacks on Iraq. What more can be said to emphasise the severity of this situation? One of the five pillars of Islam is Zakat – charity. I urge as many of you as possible to donate to charities which help cities like Baghdad recover, or at least begin the recovery process.

It appears the Western media only cares about terrorism claiming lives if the victims are Westerners. Muslim lives are worth much less comparatively, in their eyes, hence the substantial lack of media outcry against such an act of atrocity. The Baghdad bombing should serve as a shocking reminder to the ignorant that ISIS do not represent Islam in the slightest if they’re killing fellow Muslims –  they are not Muslims and lost the right to call themselves so when they decided to commit acts of senseless murder in the name of a religion they so clearly subverted.

Conclusively, I ask as many of you as possible to keep Iraq in your prayers. We cannot fathom what they’re experiencing, having to bury their loved ones, children and families on a day where the rest of the world is celebrating the end of a holy month. But we stand in solidarity against the Islamic State militants, and their fight against Muslims. Shia or Sunni, a Muslim is a Muslim. We are all one and equal in the eyes of God, and what matters the most is how we live our lives –  NOT how others live theirs. May God give those who lost their lives a peaceful resting, and those who’ve lost loved ones any kind of comfort to ease their pain.

God is not a creator of evil; evil is manmade.